Social Media And Your Trial 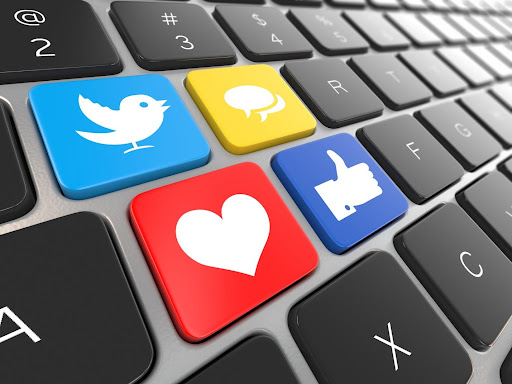 Social media plays a role in nearly every aspect of our lives today. This is true in the field of law, where social media can be used in several ways. Users of Facebook, Twitter, and other networking sites can be useful or detrimental to the outcome of a lawsuit depending on whether an attorney is prosecuting or defending a case. As a lawyer, are you concerned about social media and your trial? Tania Williams of The Skilled Advocate Company provides trial attorneys with courses and programs designed to promote your success in the courtroom. Those interested may want to reach out by calling 561-293-8510.

According to the American Bar Association, a 2018 Pew Research Center study found that 68% of adults in the United States get their news from social media. As we have all become aware over the last two years, many sources of “news” information are unverified or unchecked. Jurors have access to information in real time, which could potentially impact the various stages of trial. Consider:

Screening jurors based on social media posts can be useful, as jurors often share what they are thinking or how they feel with family and friends (many of which they likely do not know on a personal basis). Simply looking at a juror’s public profile can shed light on their education, life, interests, and more. Trial attorneys can use public profiles and posts on Facebook, Twitter, and other platforms to determine if the person in the courtroom is the same as the individual they find online. While a trial attorney should never use a fake identity or violate ethics in the process, knowledge collected from social media posts may be incorporated into voir dire.

There have been numerous overturned verdicts and new trials in recent years resulting from social media use by jurors during trials. Whether a juror Tweets about details of a case, comments on how they feel about the plaintiff or defendant on Facebook, or private message’s someone about the evidence, it may be considered juror misconduct. A trial attorney should consider requesting the judge to order a juror release their social media records when the attorney cannot access what was said or posted.

According to Fox News, in a 2011 Florida case a male juror attempted to “friend” the defendant in a personal injury case, who was female. The woman told her attorney about the friend request rather than accepting it, and the juror was dismissed. The man then joked about escaping jury duty on Facebook. Attorneys often peruse the public data of potential or sitting jurors, but accessing private data is more difficult. According to a United States Department of Energy Office of Scientific and Technical Information paper, written permission should be sought from the site owner to access private data. It is then necessary to obtain the username and password of the individual whose private data you want to access. Tania Williams is available for trial lawyers who are interested in learning more about social media and your trial.

Social media use has its advantages in litigation, but it can be detrimental in others. Some examples of cases in which social media impacted a plaintiff or defendant include:

The Arkansas Supreme Court overturned the conviction of Erickson Dimas-Martinez when the defendant’s lawyers demonstrated that prior to trial completion, a juror was “live tweeting” regarding the case.

In this 2011 personal injury case, Zimmerman claimed that a forklift accident in his place of employment (Weis Markets) had damaged his health permanently. Private information on Zimmerman’s Facebook account discovered by Weis Markets eventually revealed a motorcycle accident was the cause of Zimmerman’s health issues.

In this 2010 personal injury case Romano claimed she sustained injuries at her place of employment and was confined to her bed at home. Facebook and Myspace information revealed photos of Romano enjoying herself and engaging in life in various locations other than her home. Romano marked her social media information private, however it was ruled by the court she was attempting to block her employer from knowing about her whereabouts and activities by hiding behind self-set privacy controls.

Other notable cases include:

Other Considerations Regarding Social Media and Your Trial

Trial lawyers not only need to be concerned about social media use among jurors, but their clients as well. Nearly everyone uses social media to some extent today, whether on Facebook, Twitter, Instagram, LinkedIn, or other platforms. Most post about their families, hobbies, activities they enjoy, what they did over the weekend, or even what restaurant they are eating at. However, it is not unusual for people to give their opinions on all types of topics today, including lawsuits. The American Bar Association shares some interesting tips for using social media when litigating a case:

In today’s society, it is easy for people to give their opinions and say things they might not otherwise say when hiding behind a keyboard. Social media can be a good thing or a bad thing, even in litigation. There are advantages for trial attorneys in some instances, and disadvantages in others. The reality is that social media can influence the outcome of a trial. Those who want to learn more about social media and your trial may want to visit with Tania Williams, Founder and Director of Programming at The Skilled Advocate Company by calling 561-293-8510. 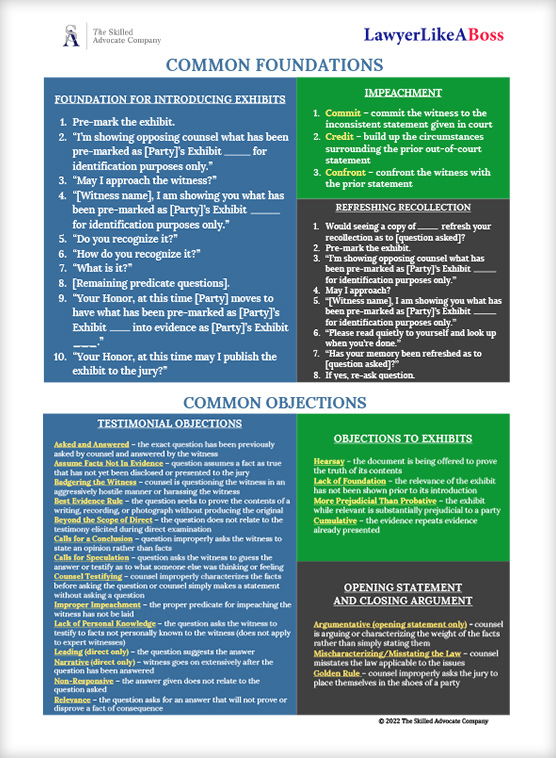 Get Your FREE GUIDE to Common Objections